Live at the Bandshell

LIVE! AT THE BANDSHELL brings the BEST in LIVE entertainment to Daytona Beach's Oceanfront Bandshell!

Get Your Tickets TODAY Before they SELL OUT! 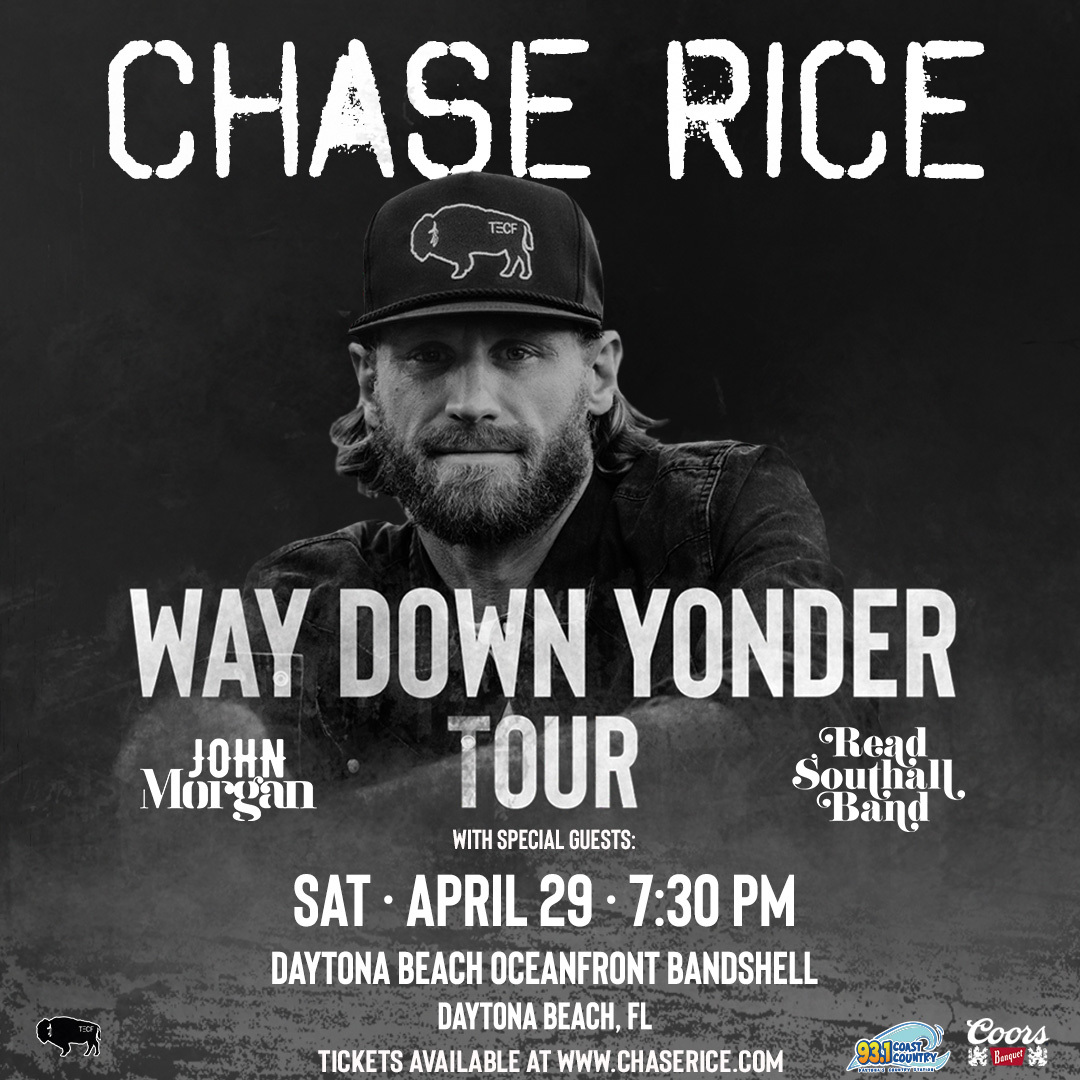 With more than 2.2 million albums sold and over 2.1 billion total streams, plus a legion of passionate fans at his high-energy concerts across the globe, Chase Rice has established himself as a powerful force in Nashville and beyond–yet as he crafts a new album in his rural Tennessee home-turned-studio, he genuinely sees recent single“If I Were Rock & Roll,” available everywhere now, as the launching pad for music that says what he wants to say, how he wants to say it.